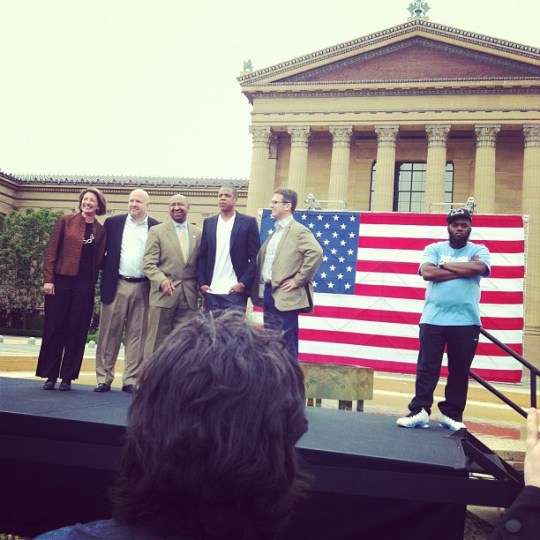 Alongside Mayor Michael Nutter, Jay-Z announced his Budweiser Made In America music festival yesterday morning in front of the Philadelphia Art Museum. The two-day festival will feature 28 musical acts of all genres including Hov headlining the event.

The festival will be held September 1 and 2 at Philly’s Benjamin Franklin Parkway in Fairmount Park. Tickets go on sale May 23 with proceeds going towards the United Way.