Jay-Z Gets His Platinum Plaque For Magna Carta Holy Grail 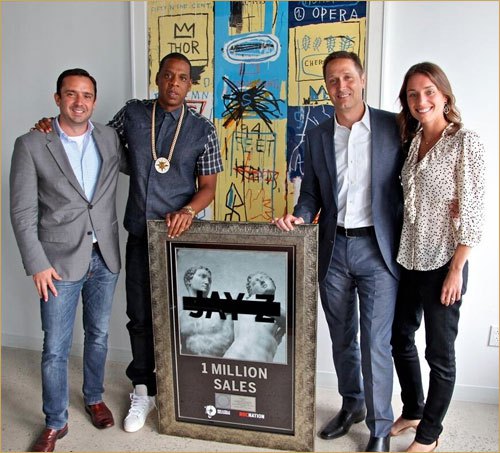 Jay-Z’s #newrules mantra has already taken affect, partially manifested in the receipt of his platinum place by the RIAA.

The event was tweeted out to the masses from the RIAA with the accompanying image.

Billboard magazine, the charting staple of the music industry, has taken exception to the million sold, because they were purchased by Samsung. They will count the first week’s sales, which insiders expect will give Jay his 12th number 1 album.