Jay-Z & His #NewRules Land The Cover Of Billboard Magazine 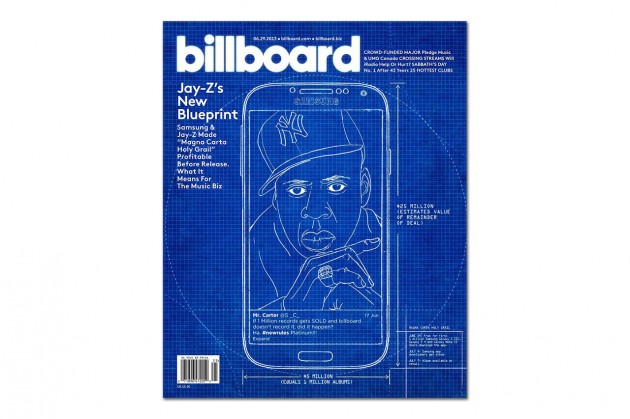 But our role as the chart of record is to set the rules, and hopefully even raise the level of play. It is in this spirit that I say it wasn’t as simple as you might think to turn down Jay-Z when he requested that we count the million albums that Samsung “bought” as part of a much larger brand partnership, to give away to Samsung customers. True, nothing was actually for sale — Samsung users will download a Jay-branded app for free and get the album for free a few days later after engaging with some Jay-Z content. The passionate and articulate argument by Jay’s team that something was for sale and Samsung bought it also doesn’t mesh with precedent.