Jay Z Is Hosting An After Party For The Mayweather/Pacquiao Fight With $50,000 VIP Tables 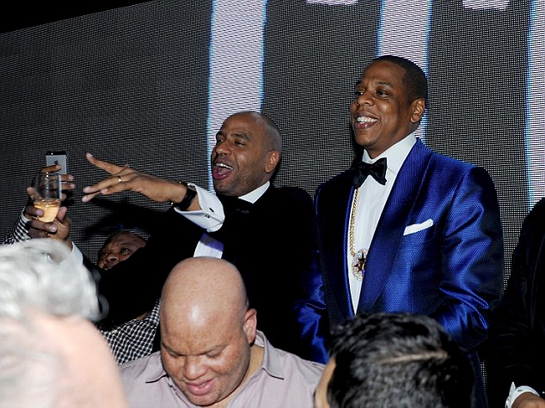 Jay Z has become a business mogul of his own and name has truly become a brand. Recently announced by Jay Z he will be hosting an after party for the Mayweather/Pacquiao fight at the Cosmopolitan.

Seems like the promoter, definitely knows who they have in the building, because VIP seats at the after party spot are already selling for $50,000. VEGAS BABY!!!! For guys to get in at regular admissions is $100 and ladies expect to pay as well, no free before 11pm here. Jay Z will have ome stiff competition that night. Already announced Nicki Minaj will be hosted a party with Funk Flex at the Paris Hotel, plus 2 Chainz and Chris Brown are hosting a party as well on the May 2nd night.