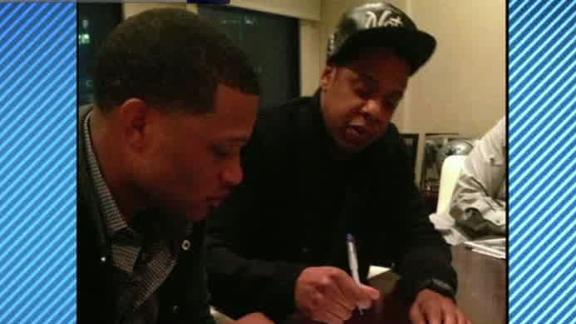 In Jay-Z’s hit Run This Town, the rapper turned mogul proclaims “This is Roc Nation, pledge your allegiance.” Now plenty of pro athletes will be doing just that.

“Because of my love of sports, it was a natural progression to form a company where we can help top athletes in various sports the same way we have been helping artists in the music industry for years,” Carter said in a statement.

The formation of the agency creates an array of branding opportunities for Roc Nation athletes, who could take advantage of the global cachet in the entertainment world that association with Jay-Z would bring. While the former agent/client partnership between a major rapper and athlete (Master P and Ricky Williams), adding CAA to the fold give Roc Nation and instant credibility that No Limit Sports never had.

“At this point in my career, I am ready to take a more active role in my endeavors both on and off the field,” Cano, who is leaving agent Scott Boras to sign with Roc Nation, said in a statement.

“I am confident that the pairing of Roc Nation Sports & CAA Sports will be essential in helping me accomplish my short- & long-term goals.”