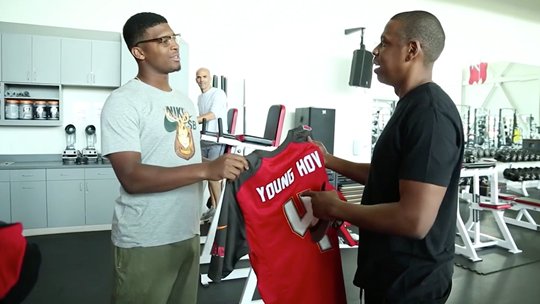 With offseason workouts already underway, the Tampa Bay Buccaneers got a visit from rap mogul and entrepreneur Jay-Z on Wednesday.

“You know I’m coming for your job, right?” Jay-Z joked with the quarterback, per the team’s official website, noting that some on the staff told the rapper he throws a good “spiral.”

“If you want to go out there and throw the football, we can go ahead and do that. I’m not gonna get in the booth with you or anything…,” Winston responded, laughing.

Jay-Z is in town with his wife, Beyonce, for a concert at Raymond James Stadium later this month.