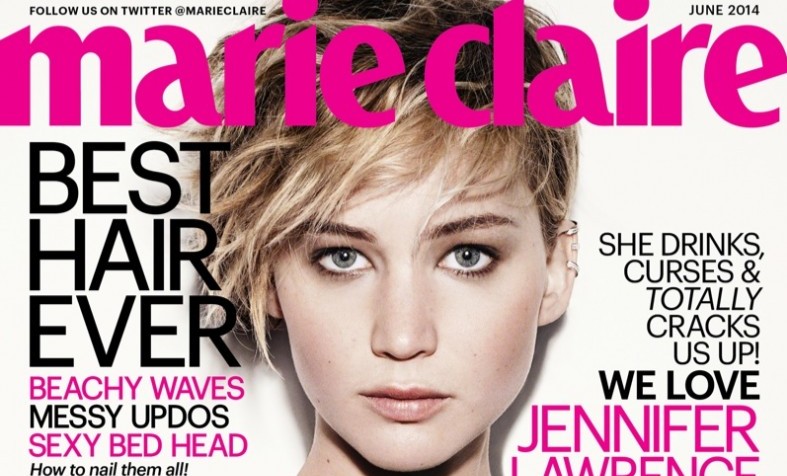 Jennifer Lawrence is the cover girl of the June 2014 Issue of Marie Claire which hits on newsstands May 20th.

Here’s what the 23-year-old actress had to share with the mag:

On maintaining her relationship with Nicholas Hoult: “When we’re busy, we agree to mutually ignore each other. Not completely, but neither of us gets mad when the other doesn’t text back or call. Life’s super-busy. Obviously you know what they’re doing, and you trust them. We’re so young that it would almost be like if we lived in the same city, what would happen? We’d be living together. At least this way he’s in the same boat as I am: We can go out and have our own lives and know that we have each other.”

On rumors that she’s jealous of Kristen Stewart: “There was something in a magazine, and I was like, ‘Oh, my God, that’s hilarious,’ because Kristen and I are friends. I actually texted her a picture of it and was like, ‘Just so you know, this is absolutely true.’”

On being up against Lupita Nyong’o at the Oscars: “I was very happy I voted for Lupita. It’s beautiful when you watch something good happen to somebody when it’s well deserved.”