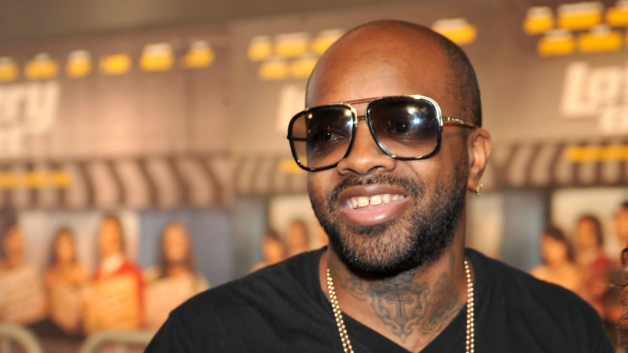 Jermaine Dupri is speaking his mind on the recent ruling that Pharrell and Robin Thicke must pay the family of Marvin Gaye $7.3 million for copying Gaye’s “Got To Give It Up.” The producer told the Associated Press,

Younger producers like myself and Pharrell, we make records that are influenced by other records that are out there. That’s how hip-hop has always been created – it has some kind of element of something (from) the past. Or sometimes we just take the entire sample and we give the artist the credit for that sample. We’ve all been in a position where it could go like this or we can give the producer the credit.
JD went on to say that he believe what happened to Marvin Gaye’s song is currently happening with his co-produced song, Usher’s “U Got It Bad.”

Ciara’s new single is a complete rip-off of Usher’s “U Got It Bad.” I’m clear on chord changes and how people move things…It might not be as evident as the ‘Blurred Lines’ situation, but I believe the same thing happened to me.

He went on to add that he was not the only one who noticed the similarities in Ciara’s song, Bryan-Michael Cox and Usher noticed it as well. The trio also believe that “I Bet” sounds similar to Tamia’s “Still.” Dupri said that he will be getting in touch with the producers of Ciara’s record to ask for credit on the track.