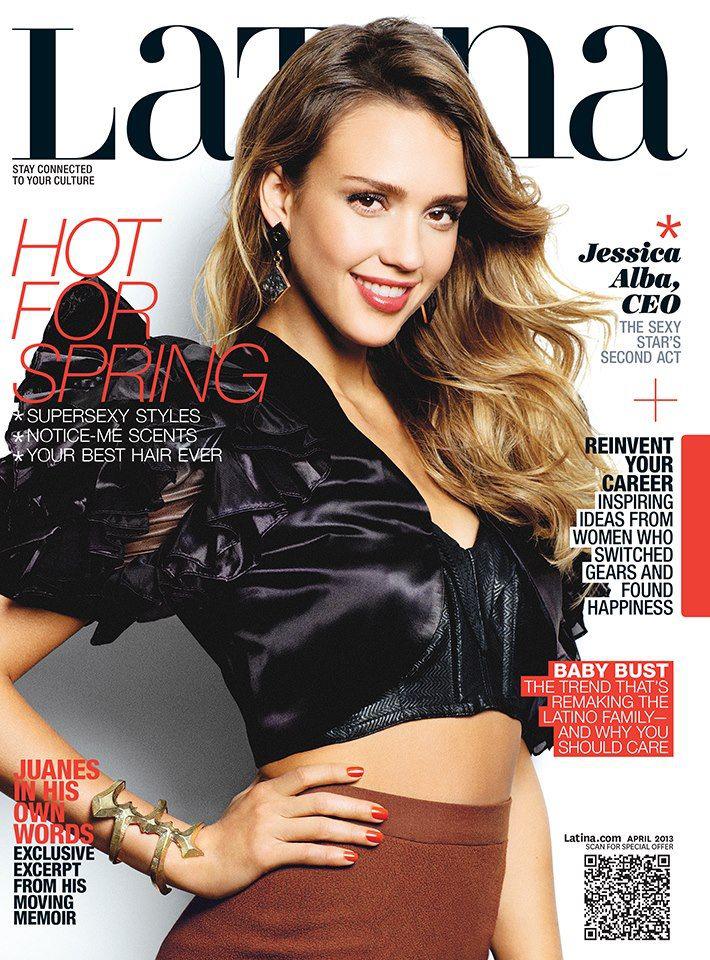 Flaunting a huge smile Jessica Alba shows off her post baby body for the April 2013 issue of Latina magazine.

The stunning Mexican-American actress opened up to Latina about how motherhood has changed her, her successful eco-friendly company The Honest Company and her highly anticipated new parenting book, The Honest Life.

On her Spanish-speaking family of Mexican, American, French and Danish ancestry: “[They are] very conservative—a traditional, Catholic, Latin American clan.”

On the influence of director Robert Rodriguez of Spy Kids 4 and Machete: “He created a pathway for Latinos in pop culture because his movies aren’t made for a specific demographic—they are just cool.”

The Honest Company’s cofounder, Christopher Gavigan, on Jessica’s life as a mom: “I think most people think of celebrities as normal people living extraordinary lives, but Jessica is an extraordinary person living a normal life.”