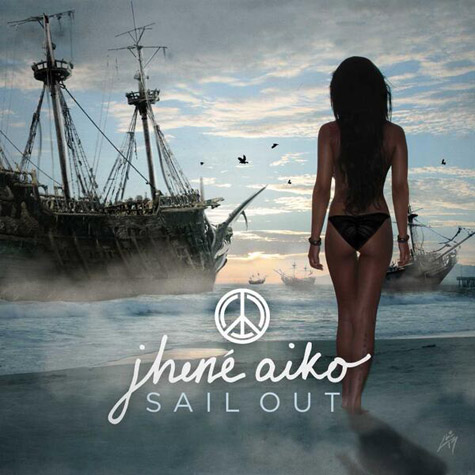 From vegan cafe waitress to breakthrough artist. That’s the short take on Jhené Aiko. But like most seemingly overnight sensations, there’s a lot more to her story.

Like the fact that Aiko has been “putting out music on and off for 10 years,” she says. Longtime fans of the petite 25-year-old singer-songwriter remember her vocal work with B2K. In the years since, she’s graced songs by such A-listers as Kendrick Lamar, J. Cole, Big Sean and Wale. But newer converts know her as the sultry voice on “From Time” from Drake’s Nothing Was the Same-and her resulting slot on his current 40-stop arena tour.

Now Aiko is ready to go from supporting player to stand-alone star with “Sail Out,” her formal solo debut, an EP intended to appease her growing fan base while they wait for her full-length, tentatively titled “Souled Out,” expected in the second quarter next year. “I’m grateful to finally put out something people can buy,” she says. “I didn’t want them to wait any longer.”

The EP, due Nov. 11, is the first project under Def Jam subsidiary Artium, the imprint established by noted producer/Def Jam executive VP of A&R Dion “No I.D.” Wilson, who signed Aiko as his first artist in late 2011.