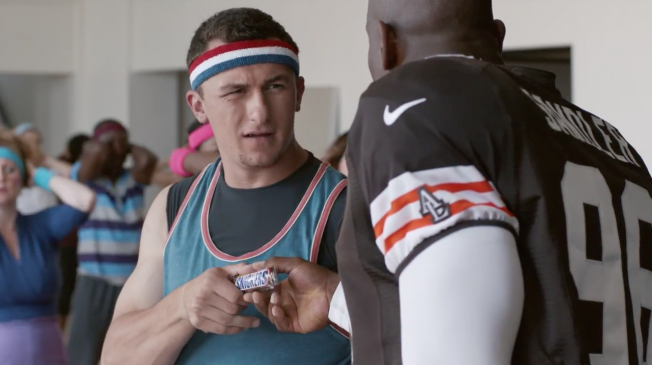 Browns rookie quarterback Johnny Manziel lands a new TV commercial for Snickers, one of the products he endorses. In the 30-second spot, Manziel finds himself teaching a aerobic class when a Cleveland player tells him he’s not acting like himself.

Once he bites into the candy bar, he’s back to being Manziel, wearing his No. 2 jersey.

Manziel said it was a “thrill” to star in the commercial and hopes “people have as much fun watching the ad as we did filming it.”

Although the 21-year-old is Cleveland’s backup, he’s already one of the league’s most popular players.