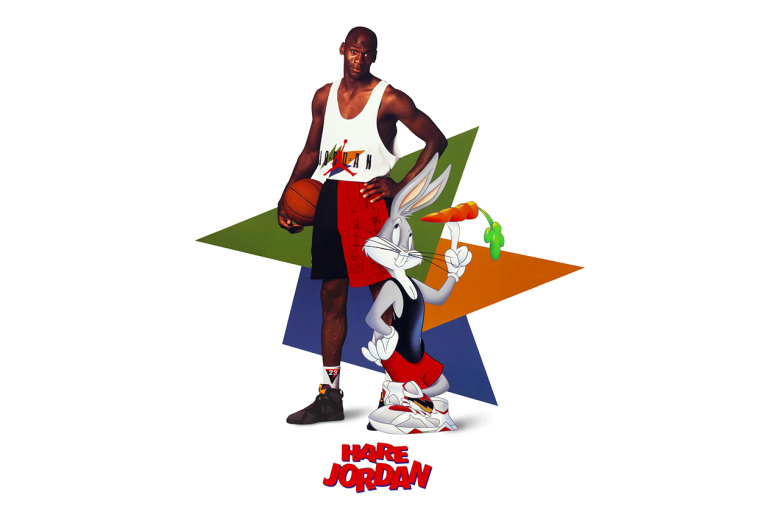 Following their successful partnership over 23 years ago, Michael Jordan and Bugs Bunny are set to join forces once again. As part of Jordan Brand and the Air Jordan franchise’s 30th anniversary, Hare Jordan releases are slated for Spring 2015. Inspired by Michael Jordan’s continual “… inspiration and reference for how we run the Jordan Brand today,” according to Jordan Brand President Larry Miller, his greatness will lend his likeness in a new and fun way to pay homage to the game of basketball and the previous legacy that began in 1992. The original campaign hinged on Michael Jordan’s first championship that aired during that year’s Super Bowl and later took to the silver screen as part of Space Jam. No word yet on the actual products and activations surrounding this but stay tuned for more info. It’s almost certain the shoes seen on the poster above should factor into the campaign.