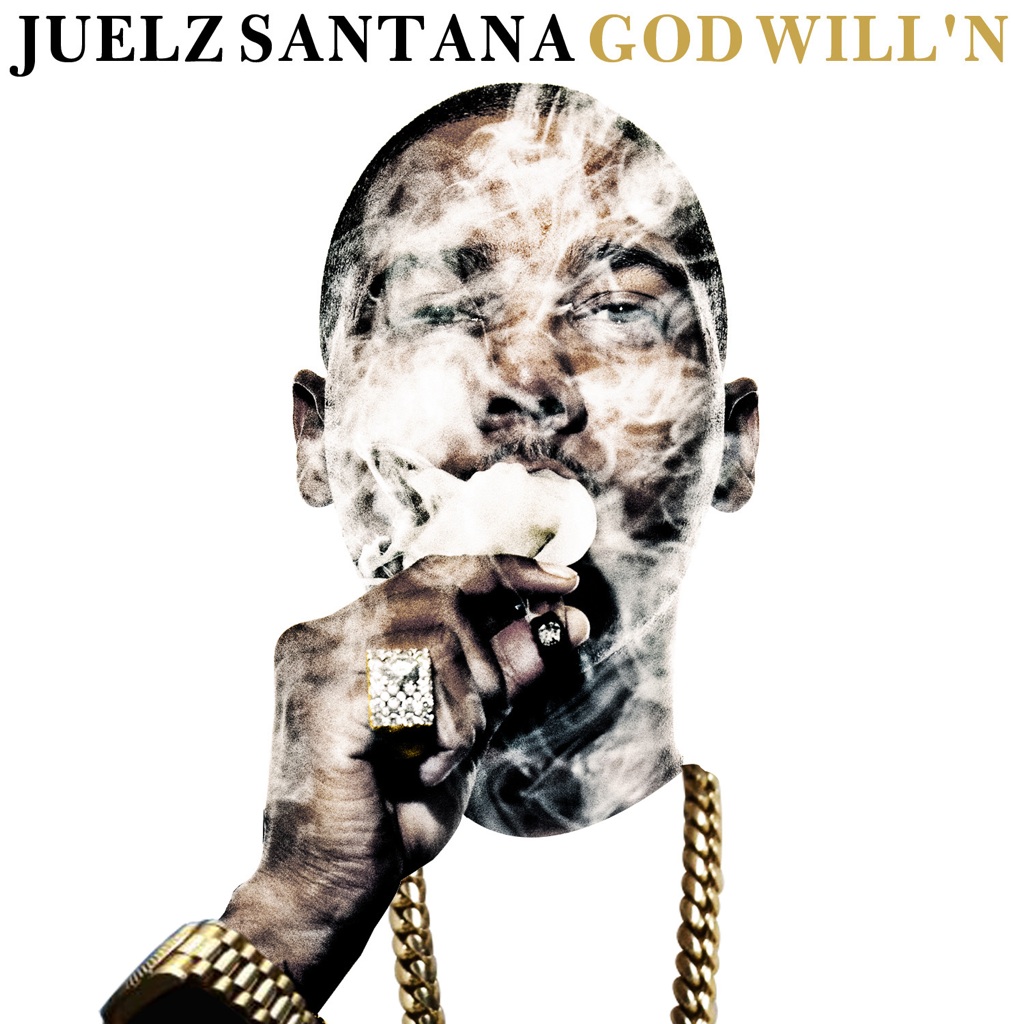 Juelz Santana returns for the first time in 7 years (2005 What The Game Been Missing) with a new body of work his all new mixtape God Will’n. From the beginning it was evident to me that Juelz word play, delivery, and metaphors were still the same. His flow hadn’t change much since 7 years ago. Now, with that being said fans of Juelz like myself probably found it easy to find some nice songs off this project like  “No Body’s Safe”, “Soft”, “Wanna Be Me”, “Blog Dat”, and  “No Body Knows”.

However if you a person on the fence with Juelz or didn’t find it easy to adjust to his somewhat outdated flow you may have been more interested in his many features from Jadakiss,Jim Jones, Rick Ross, Meek Mill, Jeremih, Fabolous, Lil Wayne, to Yo Gotti. A strong feature from Wiz Khalifa, and a disappointing feature from Llyod Banks. Who usually, I would personally love when these two NY rappers share a beat together but not this time. Other popular features were from Chicago new comers Lil Durk & Lil Reese the track with Reese has potential to be a street anthem entitled “Bodies”

The feature from Future “No Body Knows” was pretty fire, just like most hooks Future touching these days he delivers on. And maybe the best feature verse on the album came from Wale on a track called “Awesome” Wale basically carried the song spitting lines like “I have to tell you truly its not your booty its your beauty but that plane ticket I’m buy you two seats truly..” with his 16 bars where Juelz attempts to tells us about a awseome lady in his life.

One thing I must say as I conclude is Juelz seems to be having fun again and the hip hop community seems to be happy to welcome him back in. During the time period when Dip Set was at their peek no one can deny the following and influence Juelz had on many fans and even some younger rappers who took his style and added to it to create their own. So I’m always give much respect to this MC who entered this game at 18, and is still here hopefully for awhile. I give this mixtape overall a average C+ but I feel he has plenty space to grow before he gears up to drop his official return of a new solo album.