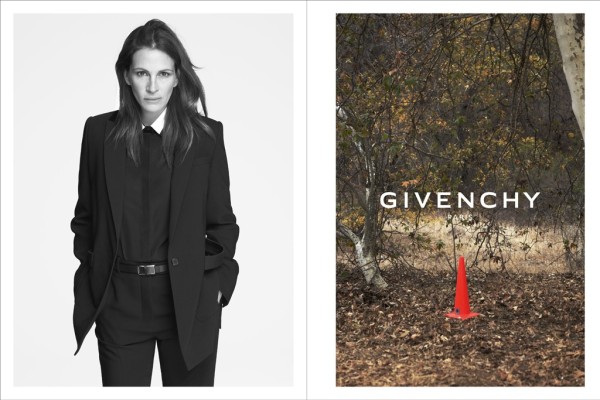 “I decided to make her more intellectual, more serious, more pure,” he explained to WWD. “It’s a different, fresh, new way to see Julia — really cool and urban, I think.”

The 47-year-old actress was shot in black and white, wearing a lace look in one image and a slick yet boxy tuxedo in the other.

The tuxedo shot also appears in a diptych with a contrasting color shot of a traffic cone with the Givenchy logo.

She’s not the first ’90s icon to appear in a major fashion campaign this season: just last week Madonna was unveiled as the face of Versace for Spring/Summer 2015.