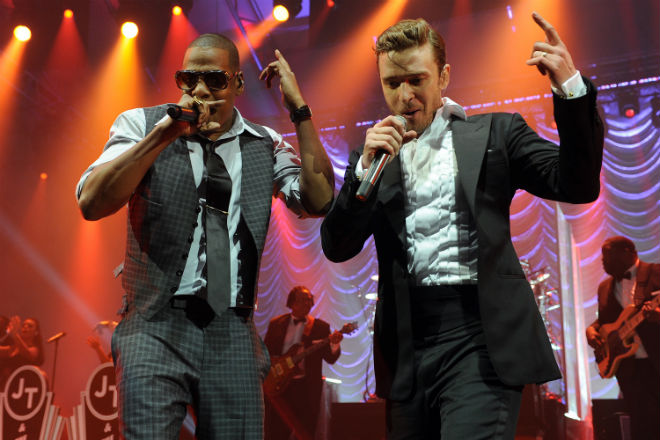 After weeks of teasing a tour and a potential partnership, Jay-Z and Justin Timberlake have announced they will embark on a short and sweet tour together in North America. Of course, the two men both have a little bit of cockiness in their respective attitudes, and will be calling the tour The Legends of the Summer tour.

So far, both Timberlake and Jay-Z have signed on for twelve tour dates, most of which will be held in or near major cities. The tour will kick off in Toronto on July 17 at the Rogers Centre and will run for several weeks through mid August. This means we have a while to wait to actually catch the singer and the rapper on the same stage during the same night. Regardless, tickets for the tour will go on sale very soon.

Tickets will be sold online beginning on Thursday, February 28 for all dates but the Yankee Stadium gig.