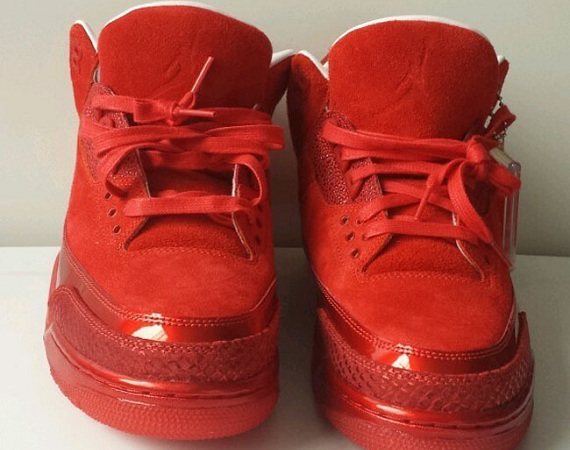 Justin Timberlake‘s special collaboration with the Jordan Brand resulted in a very limited edition set of kicks, including an all University Red pair of Air Jordan III’s that he wore during his “Legends of the Summer” tour. It took them a while, but a set has finally appeared online for sale via eBay in impeccable condition with seemingly no marks on their pebbled leather and suede upper or the smooth and glossy leather on the toe and heel. A white inner lining adds a strong contrast to the look, but the addition of a “Suit and Tie” inspired insole that commemorates the track performed with Jay Z, who joined him on the tour, really makes these a special buy. See more looks at the Air Jordan III “Legends of the Summer” after the click because they were already snatched up and we won’t see them again until their wider retail release later this year.