K. Michelle Will Not Return To LAHH ATL 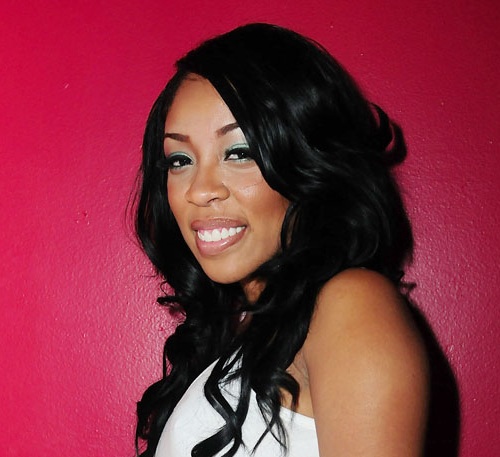 With the season premiere of LAHH ATL right around the corner, there are some speculations of whats going on with the cast. my personal favorite, K. Michelle spoke to ABC News Radio about why it’s unhealthy for her to continue LAHH ATL And hints at her possibly getting her own spinoff show on VH1.

Confirms She’s Leaving L&HHATL, Hints She’s On Another VH1 Show:
“If I know something is unhealthy for me why keep doing it. I’m not saying that I’m not dealing with other ventures with VH1 and Mona [Scott Young, the creator]. …You might see me in Love & Hip Hop New York. You never know.”

On Her Relationship with Mimi After Their Fight in NYC:
“You know I recently spoke with Mimi — I can’t give the show away — but I did apologize to her because at no means is it ever appropriate to slap somebody. Especially with my mom being there and that being my first sold out show at B. B. King’s and that’s very monumental for an artist and for you to come to my event; I don’t do that. But I will take the responsibility…I should’ve just walked away from Mimi instead of making her smell the flowers.”

Hints Mimi and New Boyfriend Niko Broke Up (He Wasn’t at L&HHATL Premiere Party):
“I can’t tell you that. You know I’m always right in my beliefs. You know, I’m very intuitive to things and to people. Yeah. That’s for you guys to find out; for her to tell.”

On Rasheeda:
“I have no respect for her. I hope her child doesn’t have the same morals as her and her husband. …The world is already messed up enough. We don’t even need another seed that has no morals, no nothing.”

On New Castmate DJ Tracy Steele:
“She’s an opportunist. I have no problem with this lady but I can tell an opportunist when I see one. She’ll do whatever she’s told to stay on that camera.”

K said she will definitely appear on this season of the show, which kicks off Monday. She also told her Twitter fans that she’s grown a lot from the table shaking angry chick we saw previously.

Who knows what GOD has in store 4me. All I know is I’m tired of being the Kmichelle that has to curse everybody out. I’ve found my smile

But don’t get me wrong you still have to hand out a verbal slaying every now and then. Keep the girls in order