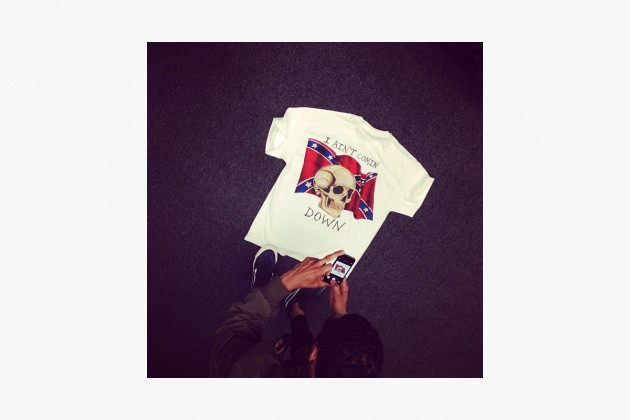 A couple nights ago

Kanye West’s new “Yeezus” tour opened its doors for the first time in Seattle. The first solo tour by the rapper in over five years, supported by Kendrick Lamar, Pusha T and A Tribe Called Quest, once again produces lots of things to discuss and talk about. First reviews have come in and it seems like Kanye West once again proofed that he knows how to do a good show. He was wearing several masks through out the show and was also spotted on stage in his upcoming Nike Air Yeezy 2 “Red October” for several tracks. Here we take a look at some of the new merchandise for the “Yeezus” tour and it looks like Kanye has actually teamed up with one of our favorite artists – Wes Lang. Sort of unexpected in terms of style, Lang produced several signature drawings that are now featured on the t-shirts of the merchandise collection.