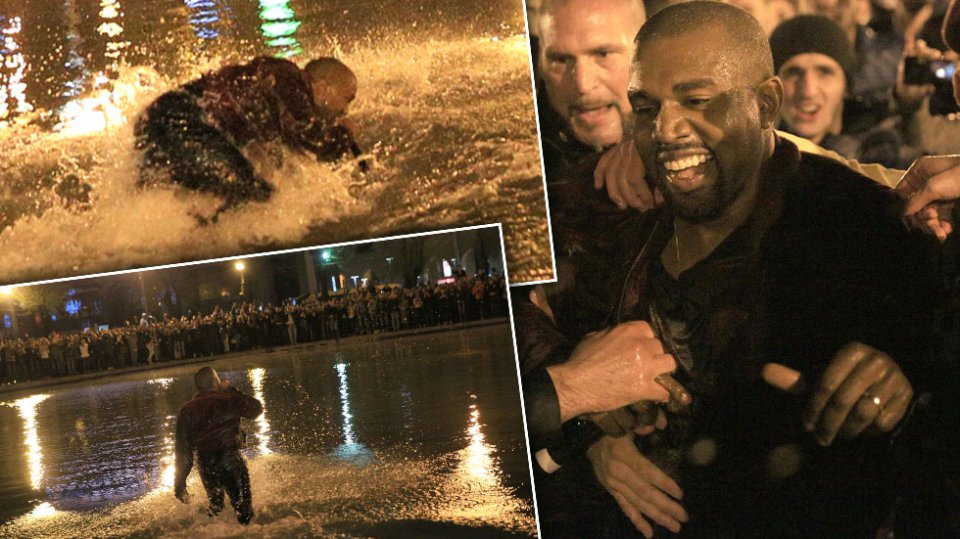 While in Armenia, Kanye West provided fans with a surprise concert over in Yerevan. Announced by his wife Kim Kardashian-West, who disclosed the location via Twitter, Yeezy was joined by tons of fans for the free concert.

The rapper performed his greatest hits including “Stronger” followed by “Jesus Walks,” “Power,” “Touch the Sky” and “All of the Lights.” While performing his last record “Good Life,” ‘Ye jumped into Swan Lake and was soon joined by the hundreds of fans. Police then had to shut it down.

Check out a happy Kanye above.

Previous « Jay Z Is Hosting An After Party For The Mayweather/Pacquiao Fight With $50,000 VIP Tables
Next New Music: Kanye West – Midas Touch »