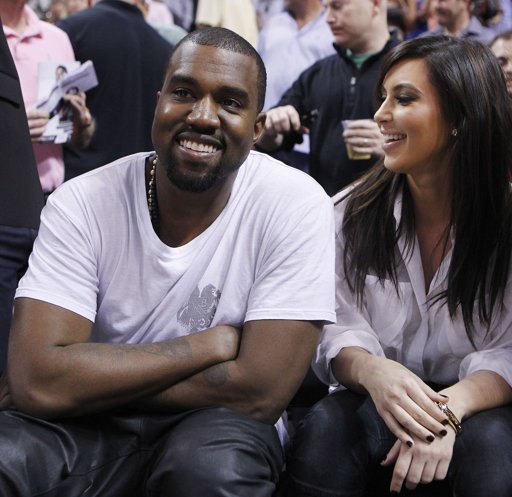 Last night the place to be in Miami was at the American Airlines Arena as Lebron James Miami Heat took on the New York Knicks.

Many stars were in attendance to watch the contest between two rival franchises,  Kanye West and his girl, Kim Kardashian were sitting court side to take in the game. Kim and Kanye were also apparently filming scenes for Kourtney & Kim Take Miami.

Also Diddy was in the building as he was in town for a surprise pop up on his friend Rick Ross MMG tour stop in MIA. Rapper Lil Wayne who lives in Miami and known sports enthusiast was also at the game..

The Knicks defeated the Miami Heat 112-92