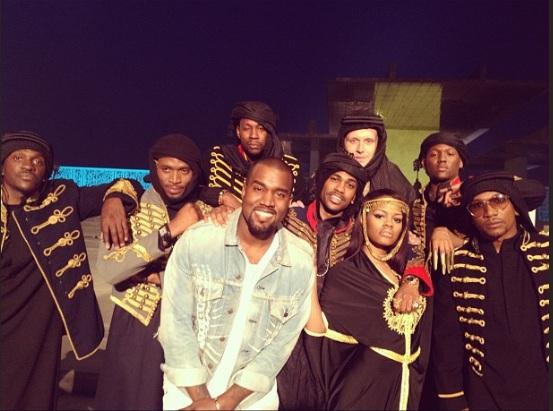 Kanye West’s music crew G.O.O.D. is set to release a full album entitled “cruel summer” on September 4. With “Mercy” and “New God Flow” becoming staple songs of the summer, fans wanted more, and Kanye is not one to disappoint. The album will include the vocal stylings of John Legend, Common, Kid Cudi, Pusha T, Big Sean & Q-Tip just to name a few.

This past May Kanye premiered his “Cruel Summer” short film. He had the film projected onto seven video screens inside a tented pyramid on the Mediterranean Sea. The film stars Kid Cudi as a car theif who then falls in love with an Arabian princess.

Kanye is so creative and daring, I can’t think of anyone who has done what he has in hip-hop. This man is as creative as M.J., as entertaining as Beyonce, and as fashionable as Jackie O. All of these things make one hell of a rap star. If I don’t know anything else I know that this project will be amazing, can’t wait to hear it.

Previous « The Grapevine: Stevie J And Joseline Getting Married In 6 Months?
Next Looking for Thai: LA Thai Uptown New Orleans is the best »