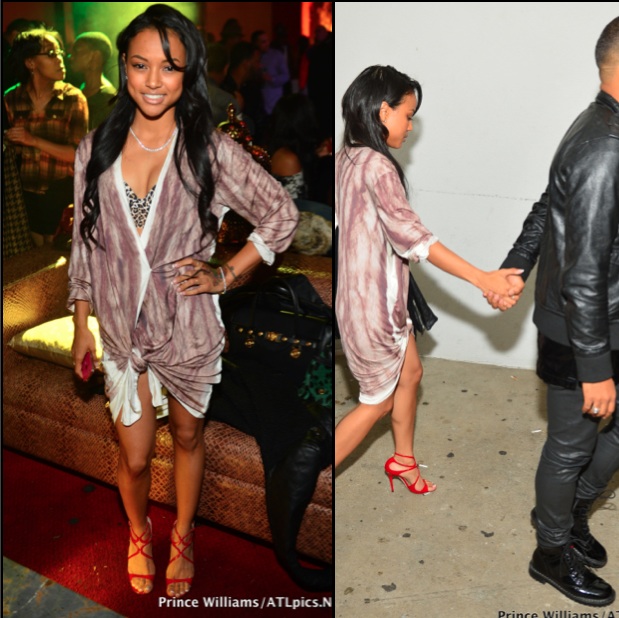 The past year has not been an easy one foe model Karrueche, dealing with being stuck in a love triangle with Chris Brown and Rihanna. Through it all she manages to still be happy and do her own thing, well not so much. Let me explain; The model and Chris became business partners and helped each other start separate clothing lines, Chris has “Black Pyramid” and she has “The Kill”. Even though they are not together, they are still working together.

Karrueche had a launch party for her clothing line at Vanquish in Atlanta last night. Back in December she tried to launch the website, but it was a fail. She arrived at the party with a guy in tow and they partied all night with supporters who came to clebrate like Akon and Shaneka Adams.

While things may be looking brighter for Karrueche’s future, another clothing line “Kill Brand” is taking action against her for obvious reasons.

From the looks of this shirt, I won’t be a fan of her line.

Previous « The Fabric of Culture: Long. Live. A$AP
Next Tamar drops video for “Love and War” »