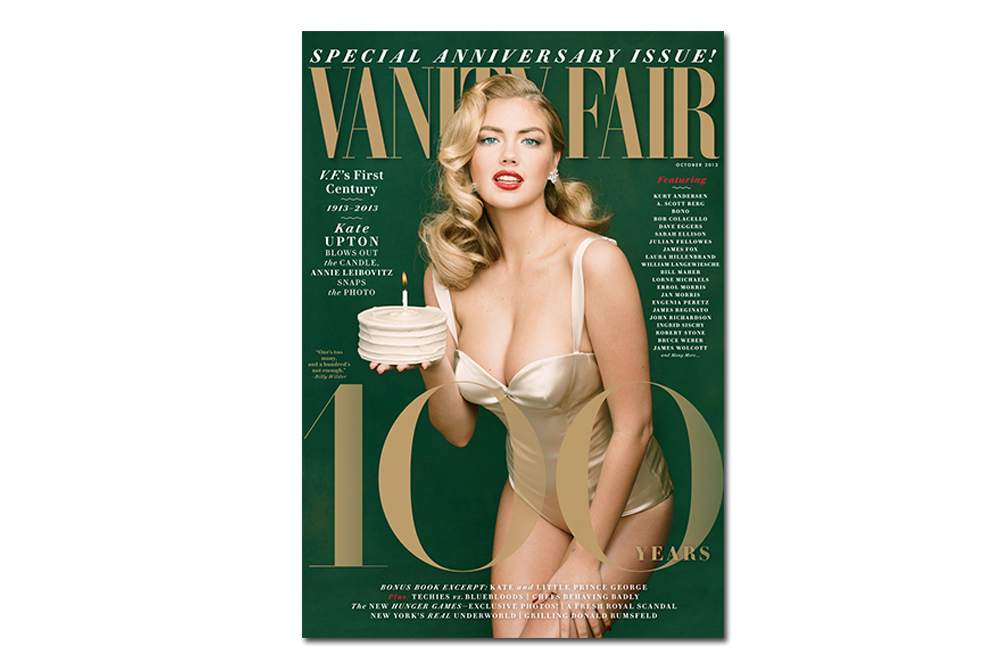 Photographed by Annie Leibovitz, model-actress Kate Upton graces the cover of Vanity Fair’s 100th-anniversary issue, blowing out a celebratory candle to wish the magazine a happy birthday. Inside the issue, Leibovitz photographs Upton lounging on the moon, mimicking the illustration on the original cover of Dress & Vanity Fair from October 1, 1913. Upton tells contributing editor Jim Windolf that her road to success wasn’t always easy: “I’m not going to name names, but one agency told me, ‘You’re too American, and everybody knows American women are lazy.’ I was so offended! I’ve never been so offended! I was like, ‘You know that you’re in America, right?’ And it wasn’t ‘American models’—it was ‘American women are lazy,’ period! I feel like a lot of women would disagree with that. A lot!”

The October issue of Vanity Fair will be available on newsstands in New York and L.A. on September 5 and nationally on the iPad, Nook, and Kindle on September 10.