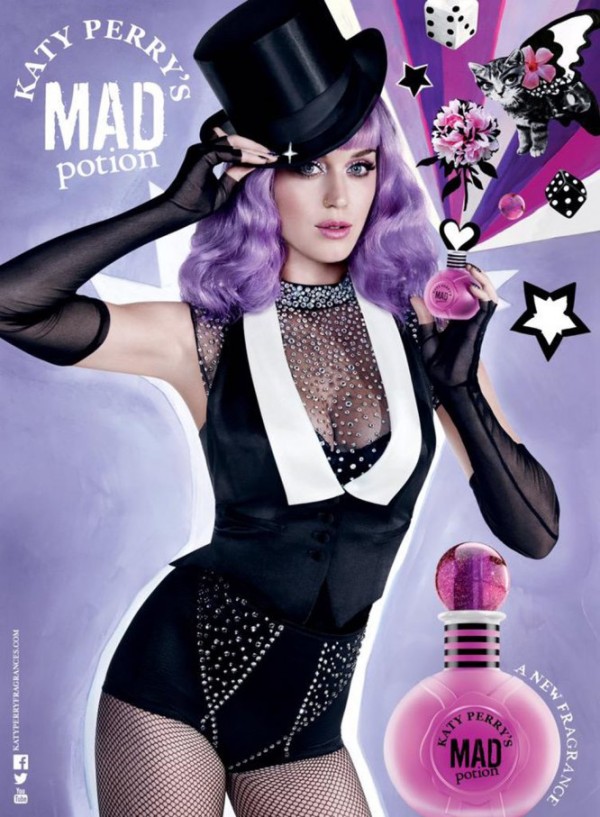 Katy Perry has announced the official launch of her latest fragrance “Mad Potion” on Twitter.

The pop star has re-tweeted a message from her pop-up store’s account @katyperrypopup to her 72.9 million followers, announcing that the perfume can now be bought online by US customers.

The $29.99 scent can even be purchased directly from the social media site, using the Twitter Buy Now card. And for those elsewhere in the world, purchasing details are set to be released soon, and according to WWD the fragrance will also eventually make its way into stores.

The fragrance contains notes of vanilla orchid, peony and apple musk. It has a musky heart comprising a mixture of Bourbon vanilla, jasmine petals and delicate, soft musk, and base notes including vanilla, amber and musk.

It is the latest commercial venture for the global superstar, whose popular scents include Purr, Royal Revolution and Killer Queen.