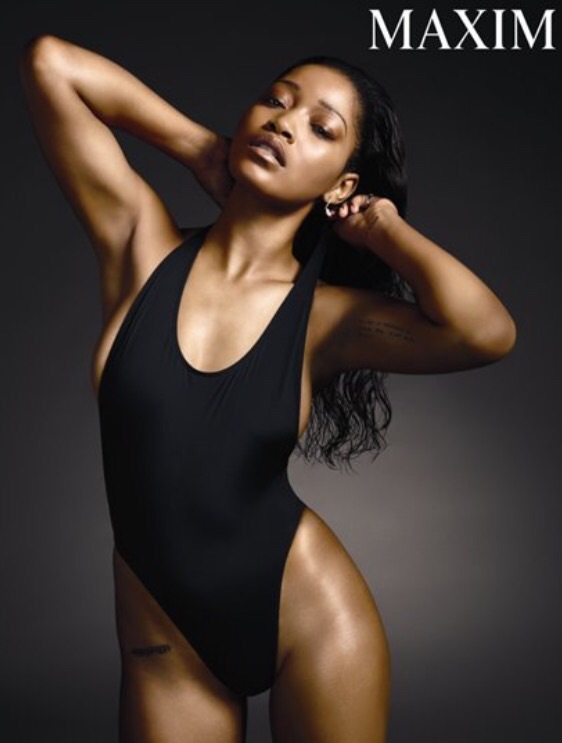 It’s difficult to think of KeKe Palmer and not reflect on some of her popular childhood roles in films like Akeelah and the Bee, Jump In and Madea’s Family Reunion. But the 22-year-old beauty is far from a child star—she’s a full grown woman, and anyone who can’t accept that had better find a way to get with the program quick, fast and in a hurry.

The Illinois native, who stars in Fox’s new series “Scream Queens,” appears in Maxim’s October issue and She is showing us plenty of skin. In the magazine, she discusses her role on the upcoming slasher-comedy, which airs September 22.