Kelly Rowland Accidentally Reveals The Sex Of Her Baby! 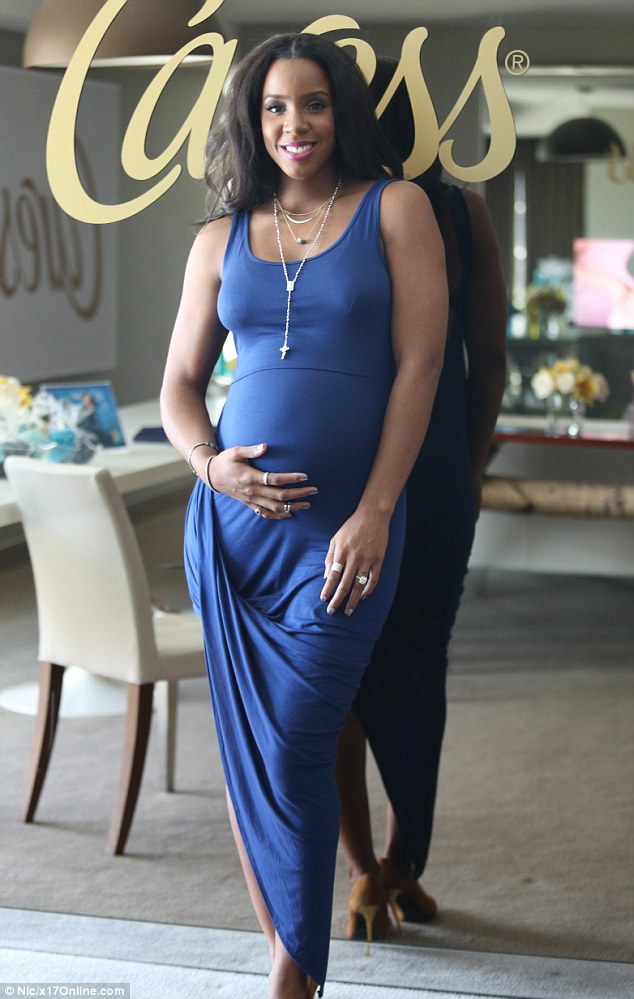 Thursday, Kelly Rowland did an interview with FOX411 (I’m not a fan of FOX News btw) to discuss the upcoming  MTV Video Music Awards and her #AmpYourFab photo contest with Caress.

During the interview, the former Destiny’s Child member slipped up and revealed that her and hubby Tim Witherspoon are expecting a baby boy!

“We’re very excited,” Kelly told FOX411. “So far, everything has been good. I just feel like the baby is already rotten–like literally, my Caress family has gotten him all of his little bathing stuff, his toys–it’s just so cool.”

Kelly then asked that an emergency call to her husband be placed.

“Can you please tell him that I spilled the beans?”

Kelly looked down and caressed her belly.

But if we all recall how she announced that she was preggo, it shouldn’t come as a surprise: