Kelly Rowland Has A Release Date For Her New Album 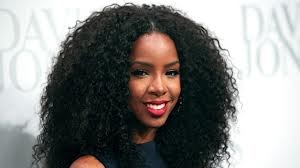 After having a great couple of months with two singles “Ice” and “kisses down low”, oh and Super Bowl Halftime performance with DC3; Kelly’s label has given the green light to a June 4 release for her new album, Talk A Good Game. That is the same day Ciara and her One Woman Army album will be released. A little friendly competition doesn’t kill anyone.
Promo Pic.

I recorded 50 songs and condensed it down and it tells a different story. It’s way more intimate and a lot of it is some slick stuff that I’m saying out of my mouth, some things I can’t even believe I’m saying.

Some of the writers wanted to push the envelope on some things and really open me up a bit as far as what to discuss. Some things really hit home.

The new album will include sexy singles like, “Kisses Down Low”, her 2012 Lil Wayne collaboration “Ice”, as well as production by Mike Will Made It and Rock City.

Will you cop Kelly’s, Ciara’s or both?