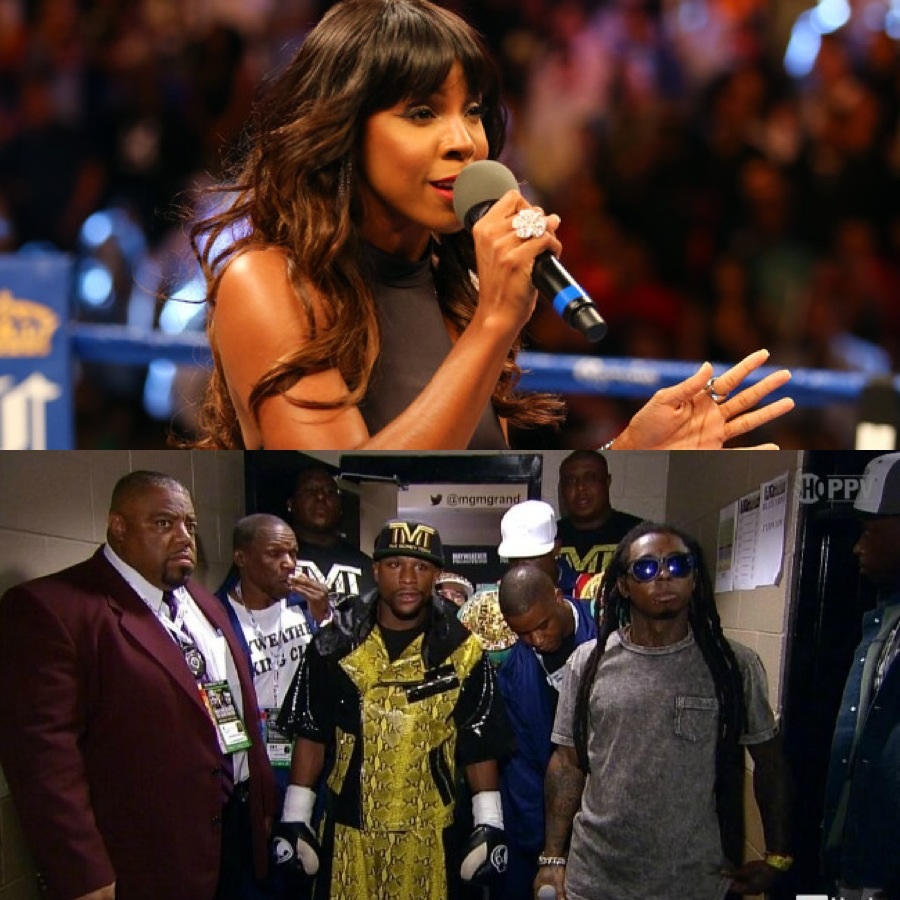 Kelly Rowland definitely sang the national anthem for fight night this past Saturday.

Check the video out below:

What was funny to me was Lil Wayne performing “No Worries” as he escorted Floyd Mayweather to the ring. It was funny because we could barely hear it because the annountalk was talking the entire time so all you see is Lil Wayne jumping up and down with a mic. I guess Lil Wayne has taken the place of 50 cent since he and Mayweather aren’t friends anymore.

Floyd Mayweather Jr. retain his world welterweight championship title after beating Robert Guerrero at the MGM Grand Garden Arena.  He walked away with $32 million after going 12 rounds and being scored 117-111. He is currently 44-0 with 26 KOs, and plans to fight again on Sept. 14.  That’s why they call him “Money.”