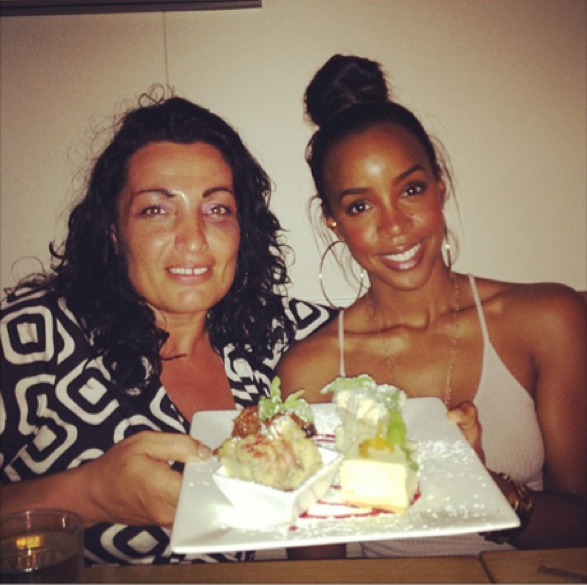 Kelly Rowland rented a  private boat with friends for a day of whale watching in Cape Cod. The  group was off the shore of  Provincetown, Massachusetts when their  boat became disoriented in the five-to-six foot waves and coast guards had to be  called in to tow the boat back to shore.

According to E! News, they finally made it back to land around 10 pm after 12  long hours at sea, and  Kelly and her friends were  ‘tired and  thankful’ and just wanted to get off the boat.

Lt. Ruairi White tells the Cape Cod Times that the boat’s captain was following a commercial whale-watching vessel Friday, lost sight of the boat and became disoriented north of Provincetown.

The Coast Guard directed a commercial towboat operator to escort the private vessel back to Provincetown.

The Facebook page of the actual boat said the passengers ‘were great. Just a little shook up.’  Glad Ms. Kelly’s OK!

K. Row releases the video for the very controversial song (when it came out in February) “Dirty Laundry.” The video is very simple, while the song goes into deep details of her being in Beyoncé’s shadow and being in an abusive relationship. She sings,‘When you make pain look this good, it never wears out.’

I’m glad she was able to get out of that abusive relationship and move on with life.

Check out the video: