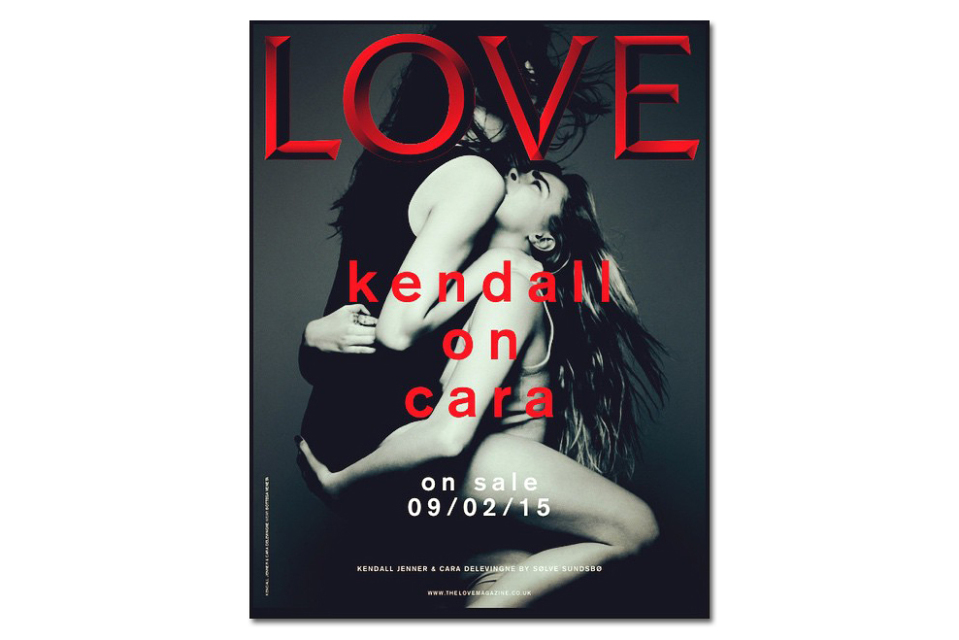 Love magazine has released the cover image of their upcoming issue featuring Kendall Jenner and Cara Delevingne. In the black and white image posted to the magazine’s Instagram, Kendall wraps her legs around the waist of Cara while the 22-year-old British counterpart keeps her arms firmly planted on the Keeping Up With The Kardashians star’s rear end and waist. Shot by Swedish photographer Solve Sundsbo, Kendall can be seeing wearing a black dress by Bottega Veneta while Cara dons a white version. The issue is slated to arrive on February 9, 2015.