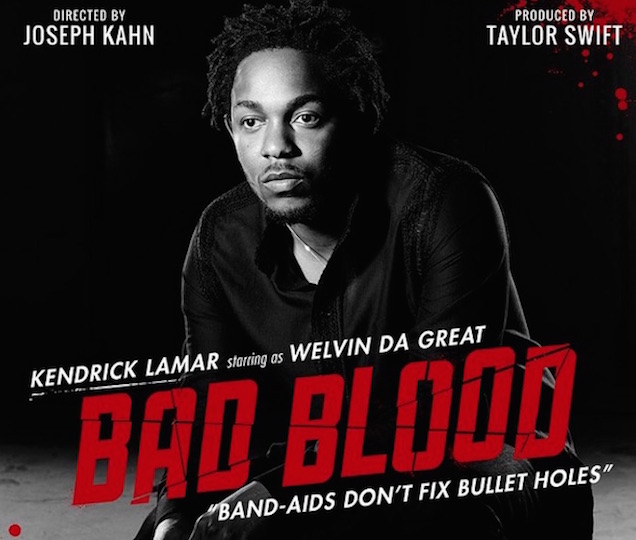 Taylor Swift will be premiering her “Bad Blood” video at the Billboard Music Awards next weekend, and she’s been unveiling the members of the film’s star-studded cast one by one on Twitter. So far the group includes Lily Aldridge, Zendaya, Paramore’s Hayley Williams, Gigi Hadid, Ellie Goulding, Hailee Steinfeld, Lena Dunham, and as of this morning, avowed Swift fan Kendrick Lamar. As a fun twist, each model/singer/actress/rapper was allowed to choose “their character’s name and persona.” Lamar, whose To Pimp A Butterfly album was filled to the brim with personas of all sorts, settled on “Welvin Da Great” for his character. This choice seems to be an homage to Welvin Da Great (spelled with an E instead of an I), an internet celebrity with a catchphrase—”Who don’t got no bitches?”—and more than 1 million Instagram followers.