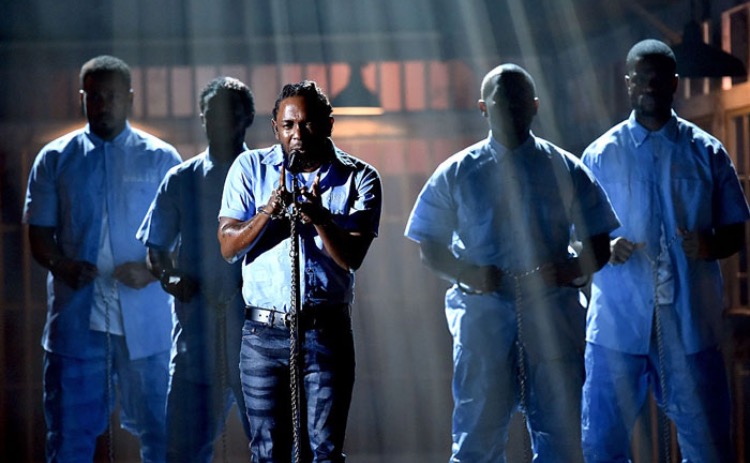 Let me start by saying I absolutely loved Kendrick’s performance at this past Grammy’s. The imagery and symbolic visuals all through out his performance was so powerful. I’m sure all people of color not just African Americans were proud and blown away by Kendricks brave performance, in front of America’s main stage of music.

However, just in my opinion when he was performing Hiiipower which is a great track I feel his message may not have been delivered to the proper audience. His message was to bring awareness to the hardships blacks face and have always faced in America’s society. But while I’m watching the performance and Kendrick is rattling off his lyrics and almost screaming them, I realize I don’t even understand a word he’s saying. Now when the performance started and he marched out in shackles (great imagery) performing “alright” I could hear him perfectly and so could the viewers and audience. I wish that approach would have been taken the entire performance because some of his powerful lyrics fell on deaf ears and petrified Caucasians. Which I feel was the target audience of the entire performance, because young African Americans who are fans of Kendrick are all too aware of the injustice we’re all feeling.

Now don’t get it twist I salute and applaud Kendrick Lamar’s performance overall because he had the Balls to do it. So many artist will hide and take the back seat worrying about backlash or offending potential fans before they voice something with substance like this. So Kendrick I love the performance dude just consider you’re entire delivery. I rate it as a B+.