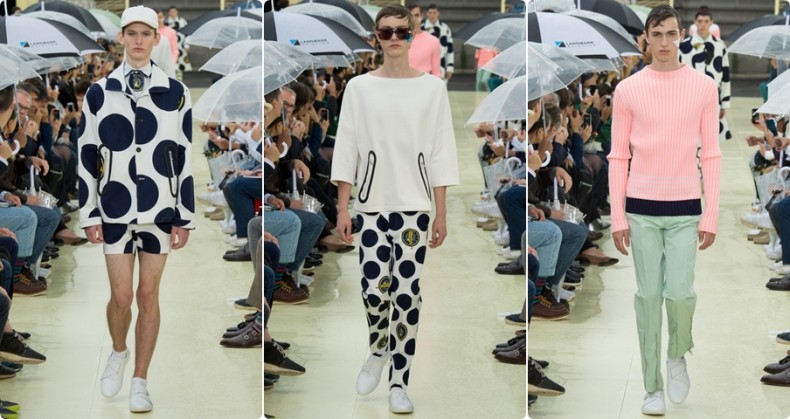 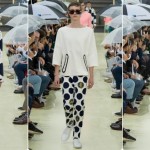 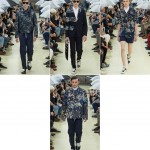 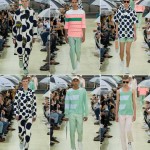 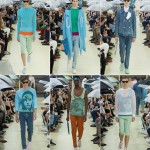 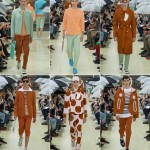 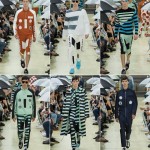 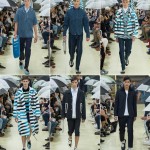 Kenzo creative directors, Carol Lim and Humberto Leon, were inspired by Parisian style and men from abroad who imitate it. Comparative to their own experiences and seeing the Kenzo man as an American in Paris, Lim and Leon set out to weave a tourist’s narrative into their spring/summer 2015 collection. Here, on a rainy Parisian day, they presented a youthful collection, complete with bright pops of color and bold prints. While giant polka dots covered sporty looks executed with elegant lines, green was a major note of the collection, inspired by the French gift of the Statue of Liberty to the United States in 1886 to celebrate its independence. The Statue of Liberty even made an appearance on tanks and pullovers. Lim and Leon even touched upon the denim trend, crafting classics such as the double-breasted coat and bomber jacket out of the fabric.