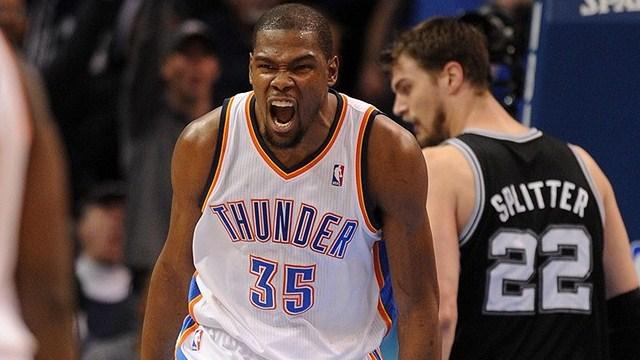 According to the SportsBusiness Journal‘s Liz Mullen, Oklahoma City Thunder forward Kevin Durant has left his current representation at Landmark Sports and is expected to sign with Roc Nation.