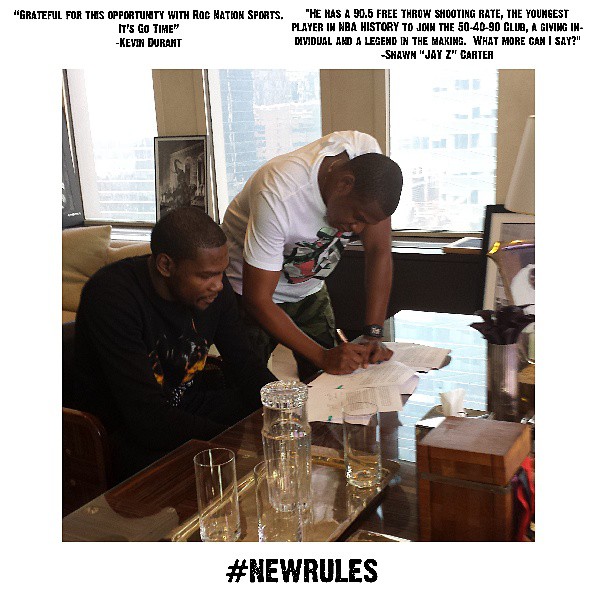 Roc Nation Sports, the sports agency founded by Jay-Z, has officially signed its most marketable name in Oklahoma City Thunder forward Kevin Durant. The firm’s spokesman Ron Berkowitz confirmed the news and Durant later tweeted a picture of he and Jay-Z signing the papers. “Grateful for this opportunity with Roc Nation Sports,” Durant said, in the text above the tweeted picture. “It’s go time.” Durant currently has endorsement deals with Nike, Sprint, Gatorade, Skullcandy headphones, BBVA Compass, 2K Sports and Panini America, making him one of the most bankable players in the NBA.

“He has a 90.5 free throw shooting rate, the youngest player in NBA history to join the 50-40-90 club,” Jay-Z was quoted as saying, above the picture. “A giving individual and a legend in the making. What more can I say?”