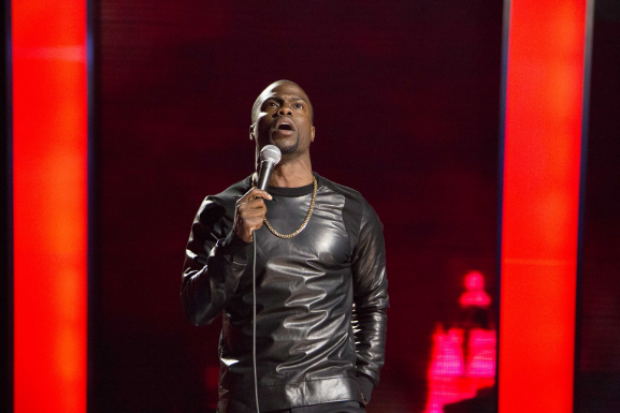 The movie that everyone seems to be talking about right now is comedian’s Kevin Hart: Let Me Explain (Rated R, opening Wednesday nationwide), he was funny, but the movie’s first 20 minutes is devoted to tediously showing how his career has taken off around the world. That might be fine if this were a documentary, or if it were done more artfully, and with humor — since we go into the movie expecting a 75-minute laugh-fest.

Instead, scenes highlighting his highly successful 2012 concert tour — in which Hart sold out arenas in Oslo, Amsterdam, Copenhagen, London and throughout most of Canada — simply feels like okay we get it! Hart is understandably proud of his achievements (and even tears up when thanking his Madison Square Garden audience). But the way in which he shows it was like a little boring. I felt he should have just told jokes while showing the sold out crowds world wide. His tour covered 10 countries and 80 cities, and it made $32 million. What jumps out about that astounding accomplishment is that most fans overseas discovered him on YouTube!

Im not going to bash him as hard as other reviews Ive been reading because I am honestly a Kevin Hart fan. I think the movie could have been funnier but it was worth my $23 (2 tickets). I say 3 out of 5 Stars hopefully next time he can hit a 5-star performance because I know he is capable of doing so.

Written By: Mario “Yoey Yo” Martin