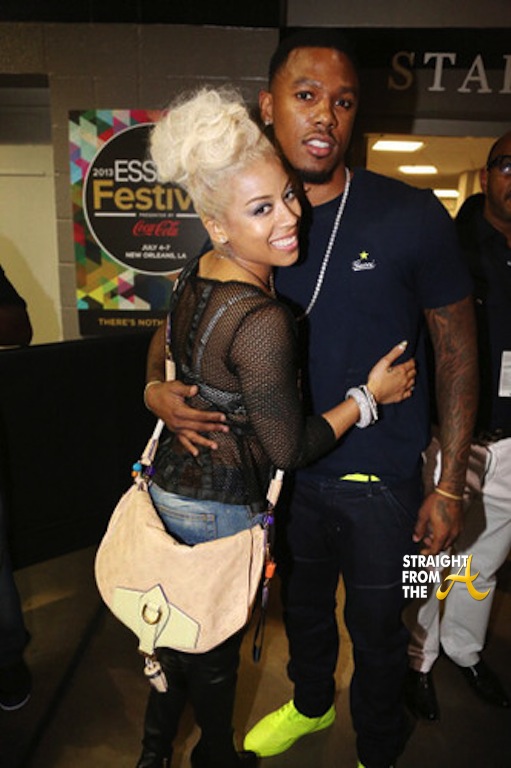 In case you missed it:

Keyshia Cole‘s husband (NBA player) Daniel “Boobie” Gibson was arrested in New Orleans July 8 at an Essence Festival party… he was charged with assault and battery.  TMZ confirmed Gibson, who played for the Cleveland Cavaliers last season, turned himself in to the New Orleans Police  Department.

Fast forward to today. TMZ reports: Police have just released additional details  about Gibson’s arrest, saying he is accused of punching some guy at a nightclub  on July 8th, breaking his jaw. Law enforcement says the fight apparently started  with a verbal argument.

According to police, Gibson was booked on 2nd  degree battery and later bonded out.

“Boobie” Gibson issued a statement to TMZ … confirming he turned  himself in to authorities earlier today.

Additionally, Gibson tells us  … “Earlier this month during the Essence Music Festival, I was involved in an  incident with other individuals while I was out with my wife.”

He  continues, “It’s unfortunate that some see opportunity in taking advantage of  people who work hard for what they have  achieved.”

Gibson says he takes pride in being a role  model for his son and other kids who look up to him — and adds, “Once all the  facts of the incident come out, I expect to be fully  vindicated.”