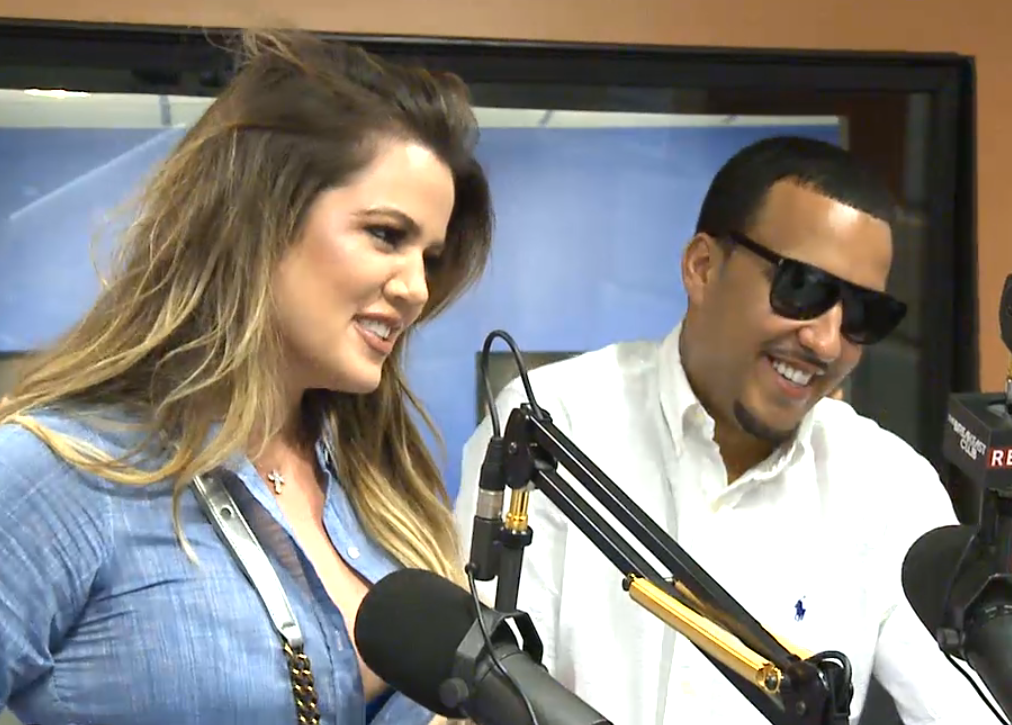 Khlotana sat down with Power 105.1 to talk about sex, haters, and how they met. I think they are so cute together! I support Khloe in any relationship she decides to be in; simply because she is a no bullsh*t tye of personality so I’m sure her judgement on a persons character is on point.

Some highlights from the interview:

“I have been [torturing him]. Every single day. Torture.”

“People are gonna comment no matter what,” she said. (Referring to rumors) If I dated the most clean-cut perfect guy, they’re gonna comment. That’s just the way it is.

“If I’m having fun and if I like this kid, no one else should care; they’re not f**king him. [Laughs] Or maybe they are, I don’t know.“

On How They Met:

“Khloe cool as hell, man,” French told Angie. “It was Puff. Puff was the one that put us together. I was like Puff –I forgot how it went.

“Everybody was in the studio. Scott [Disick] was there. Scott was drunk. I was like, ‘I got a party tomorrow,’ and everybody was like, ‘We all coming.’ [Khloe] was like ‘Hell yeah, I wanna go.’ Next day, Puff was like, ‘Hit her to come to the party.’

“We end up not going to the party. We just end up chillin’. But nah, she cool peoples. We rockin’.”

Watch the entire interview below: