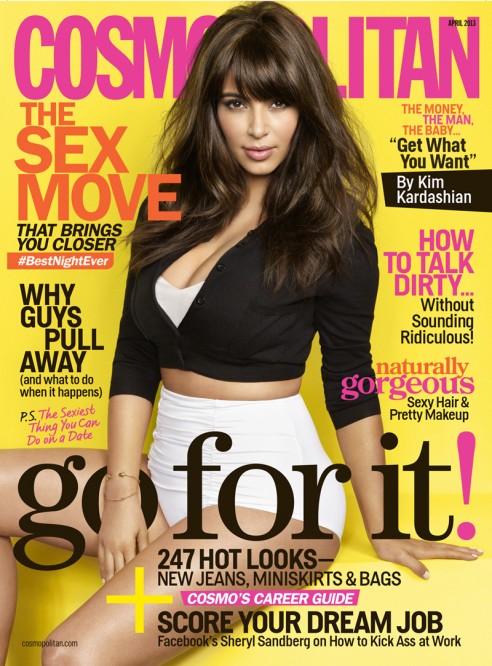 Here is a excerpt from the cover story:

The day before our interview, she had flown home from Paris to L.A. The day after our sit-down, she will be on a 5 a.m. plane to New York to do press for the reality series Kourtney and Kim Take Miami. She and her sister Kourtney will appear on Today, The View, and the Late Show With David Letterman.

A day later, Kim will jet home to spend 24 hours with West in Beverly Hills, then hop on another plane to Africa’s Ivory Coast to launch a cell phone, then fly back to Paris for Fashion Week, where she will do a photo shoot for her fragrance. In the coming days, she and her sisters will pose for ads for Khroma, their makeup company, and the Kardashian Kollection, a clothing line that sells in 16 countries. And on March 29, she’s costarring (as a matchmaker!) in Tyler Perry’s Temptation: Confessions of a Marriage Counselor