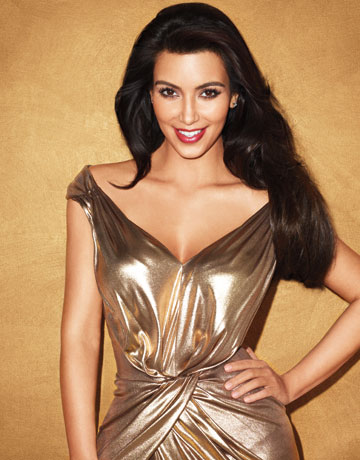 Sorry Kim K fans, it looks like your icon is not in the running to get a star on the Hollywood walk of fame anytime soon. The mega famous reality star told V magazine recently that her next goal is to earn a star amongst Hollywood legends.

A Hollywood chamber of commerce representative was asked if Kardashian could in fact be next in line to receive a spot on the famous walkway and replied: “No, not unless Kardashian, you know, actually accomplishes something.” OUCH!

“Part of criteria in being honored is receiving awards such as Emmys, SAG Awards, Oscars, etc. in the category of television, live-stage performance or motion pictures. “They have to have a career in the business of acting for five years or more.”

Ms. Kardashian has recently gotten her feet wet in the world of acting, she’s guess starred on “How I met your mother” and “Drop Dead Diva”, she will also be making her big screen debut in the upcoming Tyler Perry film, “The Marriage Counselor”.

However, that’s not nearly enough to qualify her for a star in the Hollywood walk of fame.

Sorry Kim, try again in five years and after a few acting accolades, because according to the same representative considering her for a star is not on their radar right now.