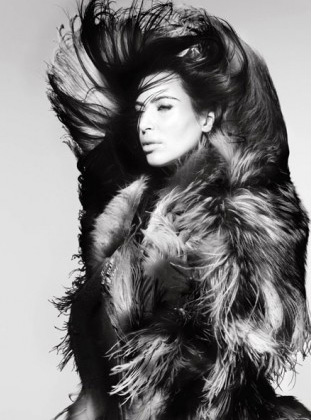 On her reality stardom being comparable to rap music:
“When rap music first came out, people were like, We don’t understand this, what is this, it’s just a fad. But rap music is definitely here to stay, and I think reality shows have proven they are as well. But when something is newer, people don’t really understand it.”

On all of the haters out there:
“It’s always funny to me when people say that I’m famous for being famous. I think it’s fascinating, because it’s still entertainment, you know? It’s fun to see the progression of that idea. I’m not naïve to the fact that I’m not a singer or an actress or anything like that. I’ve never claimed to be anything that I’m not. I think [reality] is still a new form of entertainment that was kind of an unexpected thing.