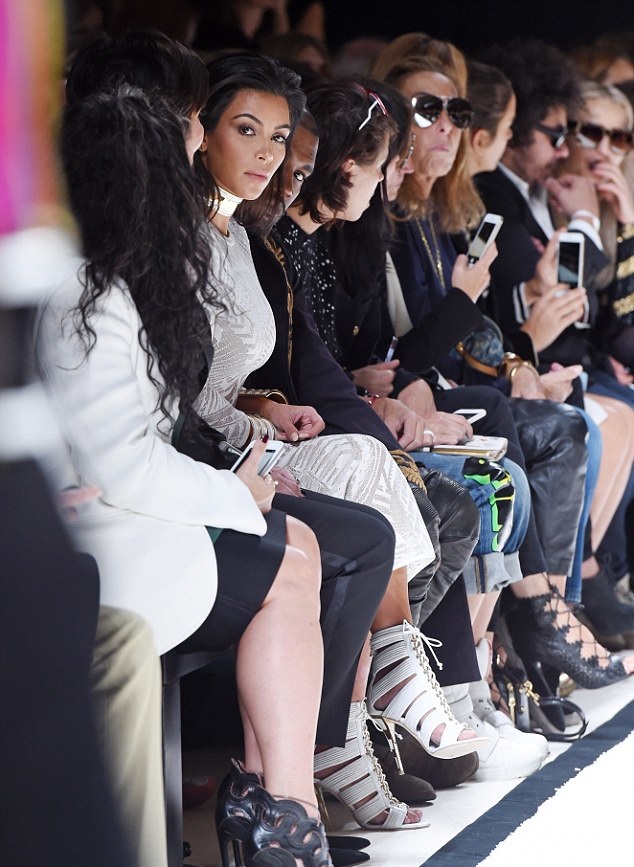 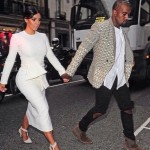 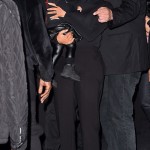 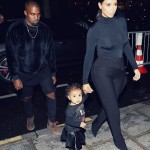 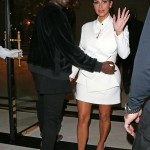 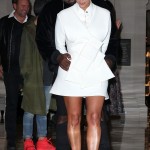 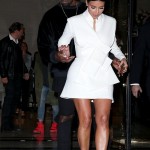 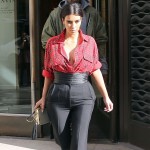 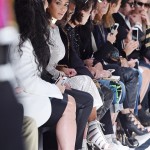 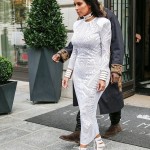 The West are in Paris for the Spring/Summer 2015 runway shows. Even North West was spotted front row at some of the shows. Earlier this week she jetted to London from the States. She had a dinner date with her hubby wearing an A.W.A.K.E. By Natalia Alaverdian White Bow Long Sleeve Thigh Slit Dress from the Fall/Winter 2014 collection. She accessorized with a pair of $895 Balenciaga Mesh and Suede Pumps.

For the Balenciaga Spring/Summer 2015 runway show, Kim, Kanye and North were front row. For the show, Kim wore a pair of Fall 2014 Ready to Wear Balenciaga Pants.

Kim Kardashian slipped into another A.W.A.K.E. By Natalia Alaverdian Dress from the Fall/Winter 2014 collection as she attended an A.W.A.K.E. party hosted by Miroslava Duma and Caroline de Maigret at The Peninsula Paris. She finished her look off with a pair of $663 Gianvito Rossi White Plexi Glass Pumps.

On Thursday morning, she was spotted heading to Givenchy offices. She opted for a plaid shirt and fitted black trousers and a $1,995 Alexander McQueen Studded Tassel Skull Clutch. Kanye West is not to far behind wearing a pair of $611 Raf Simons hand-bleached skinny jeans.

Kim headed to the Balmain Spring/Summer 2015 Runway Show. Her and Kanye West made their departure from the Royal Monceau hotel, Kim led the way in a white Balmain Resort 2015 dress with intricate cut-out detail.