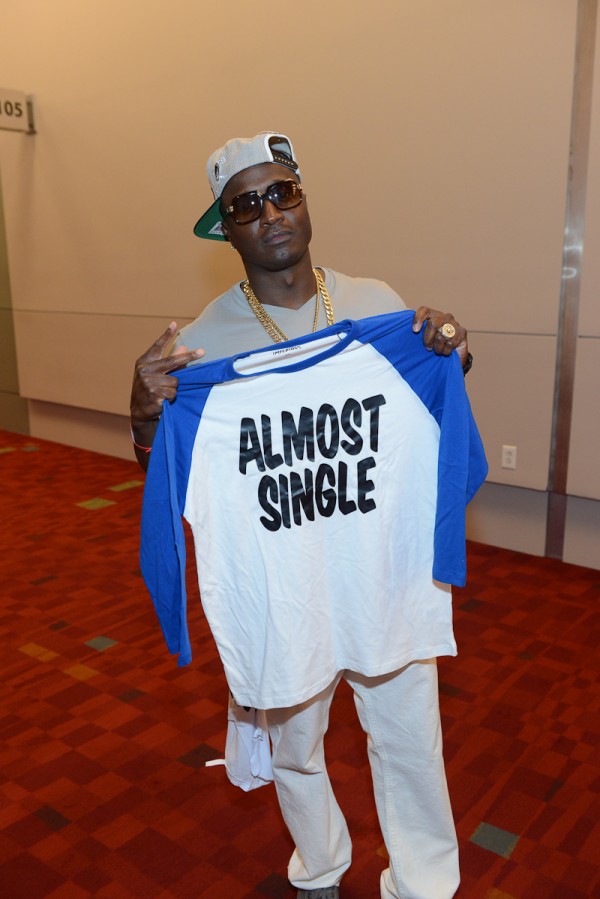 The past couple of episodes on Love &Hip Hop ATL has been kind of rough to watch with Kirk and Rasheeda going at it about having a baby and business issues. Normally, we would expect this kind of behavior from Stevie J, but Kirk has successfully taken over that role.

Both Kirk & Rasheeda popped up at this weekend’s 10th Anniversary of V103’s Car & Bike Show at the Georgia World Congress Center.  But they attended separately, which really raised an eyebrow that the two have split.  Kirk showed off his passive agressive “Almost Single” tee.  And Rasheeda attended with her mama.

Kirk called in to WGCI’s Morning Riot show yesterday to give more insight about whats going on and to clear his name.  He cconfirmed he and Rasheeda have one child together, 12-year-old Ky, and Kirk has 4 other kids. From following him on IG, I know he has a grandchild as well.

With all those kids, why is he saying such harsh things to Rasheeda now.  Kirk says “we do argue and have these problems” and “it’s just blown up because the cameras are there.”  He also ended the interview saying he DOES want this child….now.

Check out some excerpt from his interview:

On why he made the abortion comment and said the baby may not be his: “I did say it because [having a baby] was messing with our business.  I was really pissed off.  This is my thing–A baby comes out a woman, it doesn’t come out a guy.  You don’t know where that woman’s privates been.”

On if he REALLY thinks Rasheeda cheats on him: “Not that I know of, but she’s a rapper….I see how many people try to get at Rasheeda 24/7 and it’s been like that for years.  I see people sending bags and offers and asking if she’s still with her husband…I don’t know if she would do that though.  But there’s not a perfect person walking this earth.”

On if he’s the one cheating and that’s why he’s accusing Rasheeda of cheating: “At that point in time, no.  (When asked if he is now) That remains to be seen.”

On if he regrets saying Rasheeda should get an abortion: “I definitely do.  I wouldn’t have said [the abortion thing].”

On the gay rumors: “I am nowhere near gay.”

On the status of his & Rasheeda’s marriage: “We’re friends.  We’re still husband and wife.  But do we still have some problems to work out, yes we do.”

Listen to the full interview below: