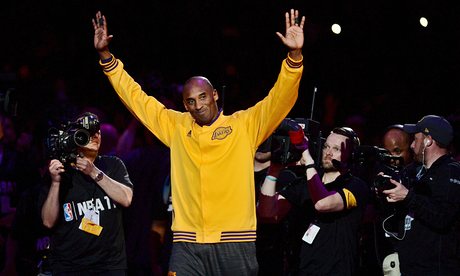 LOS ANGELES — Kobe Bryant admitted he was left “in shock” by the remarkable 60-point performance that led the Los Angeles Lakers to victory in the final game of his career.

Bryant looked likely to go out with a defeat at the end of a desperately poor Lakers season, with the team trailing the Utah Jazz by 10 points with just over two minutes to play at Staples Center on Wednesday night.

But then, in an extraordinary ending, he lifted the team on his shoulders one more time to lead the Lakers to an enthralling 101-96 triumph.

“It is hard to believe that it happened this way,” Bryant said. “I am still in shock about it. To be here, for it to happen like this in front of the fans and my teammates and their families … it is still a shock to me.”