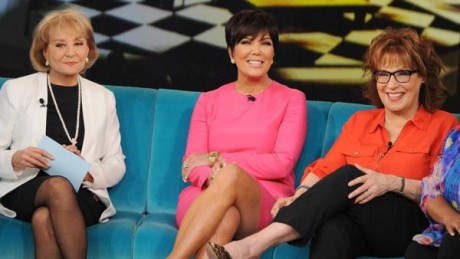 Last week, when the name of KimYe’s baby was revealed, nobody really believed it was true and some people was making really harsh comments toward the couple for choosing the name North West for their first born child. I thought it was weird, but Kanye is weird so its fits. Now, it’s kind of growing on me.

Kris Jenner, who’s prepping to launch her new talk show, stopped by ABC studios yesterday to visit with the ladies of The View and said that she absolutely adored the name that Kimye  picked for her third grandchild.

I love the name North. I’m pro-North. North means ‘highest power,’ and she  says that North is [Kim and Kanye’s] highest point together,” and I thought that  was really sweet.

I’m now thinking that i should maybe come up with a really cool, unique name for my kid when I have one because I’m sure it will be famous. LOL

You can catch Kris talking about baby North West here!