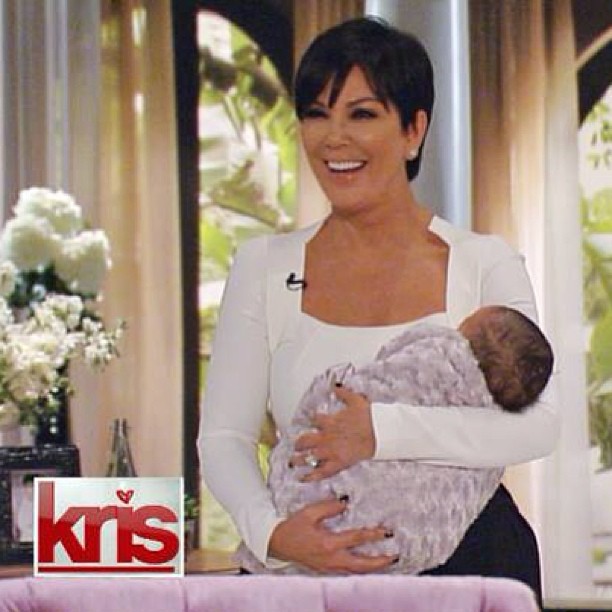 Kanye has made it very clear that he does not want his baby on television. However, Kris decided to disregard his wishes as she tries to capitalize off the hype  surrounding North West by teasing a pic of her holding a baby on Instagram.  The photo was a screenshot of her new talk show “Kris”, and in the caption for the  picture she wrote, “You never know who will stop by our show today  #WatchKris.”

The internet went crazy thinking little North would soon be showing her face to the world.

Find out whose baby Kris was holding below:

It was stylist Monica Rose’s son, Salvador Lukas for the day to promote her new show.

In case you missed it: last month Ye told The New York Times that his  first priority is protecting his woman  and his daughter, and he doesn’t owe the public anything when it comes to  showing her off.

“This is my baby. This isn’t America’s baby.[…]One of the things was to be  protective, that I would do anything to protect my child or my child’s mother. As simple as  that.”

According to reports, Kanye recently had a fit when he found out that Kris had showed Matt Lauer photos of baby  North West during a promo visit to The Today Show. Back in 2010, Kanye had a fall out with Matt Lauer live on air and vowed he would  never do interviews again.

Kris better stop the madness before KIMYE never speaks to her again.