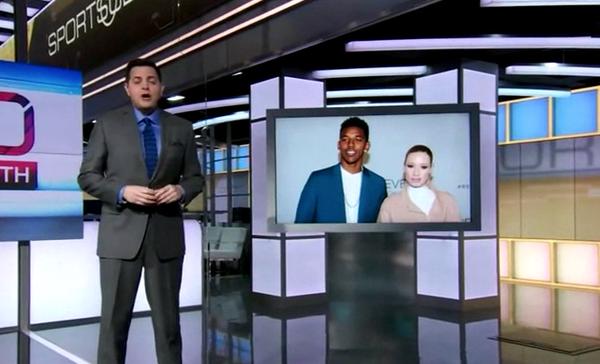 Nick Young might not be making “SportsCenter’s” top plays anytime soon … ’cause the Lakers star just threatened an ESPN anchor after the guy dissed his GF Iggy Azalea on the air.

For some reason, ESPN anchor Robert Flores fired a shot at Iggy during a segment called, “What Did We Learn?” … saying:

“We learned that according to the Lakers’ Nick Young a dolphin recently tried to kill him. So Nick while dolphins are trying to kill you, your girlfriend is trying to kill hip hop … let’s call it even, ok?”
Needless to say, Swaggy P was PISSED and tweeted to Flores to let him know he’s got a problem:
“@RoFloESPN I’m pretty sure we going to run into each other soon.”
Sounds like a threat. But Nick didn’t stop there …
“You job is to talk about sports not what me and my chick got going on,” Young wrote … adding, “so we got a problem.”

ESPN and Flores have yet to comment about the situation.