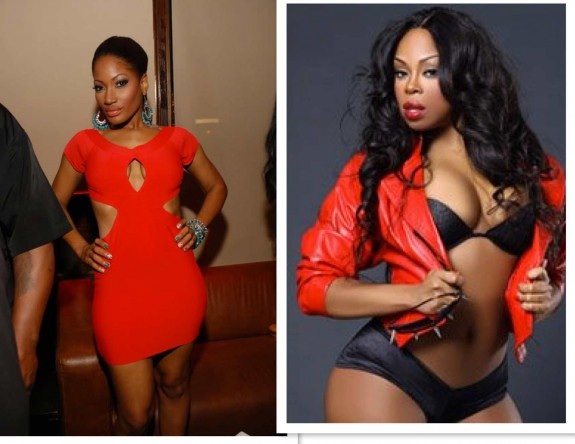 Last night, “LAHH” star Erica Dixon allegedly left Shay Johnson bloodied and scratched up after an apparent fight outside of a nail salon. You’ll recall these two have a history of bad feelings from last season’s LAHH ATL season finale.  We’re sure tv cameras were there for this too (because that’s the point of fighting right?), but details are a little sketchy as Mona Scott-Young had everyone sign an air-tight confidentiality agreement.

And word on the street, according to Funky Dineva, is the parking lot was left red with blood.

Reportedly, Erica and Shay are beefing. Still.  We assume from the “LAHH ATL” trailer that the beef has everything to do with Lil’ Scrappy. Erica was already at the party when Shay apparently looking to start some ish.  Some kind of way, Erica ended up in the parking lot with Shay (sounds like that scene when Scrappy rolled up on Stevie J in that parking lot during season 1) and the two began fighting.  After the fight, Shay was supposedly seen bleeding and ushered into a bathroom inside the salon where one of the hairstylists spent an hour getting her hair and makeup  together.  Well, at least she was in the right place for that.

Conflicting reports have both chicks “winning” the fight….as if anyone wins when two chicks square off on television.