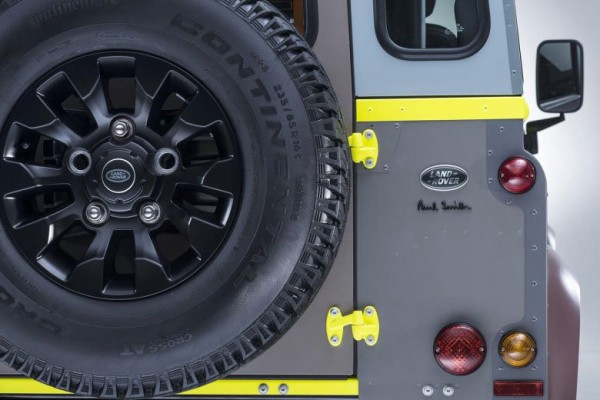 Crafted by Land Rover’s newly-revised Special Vehicle Operations, the one-off Defender has been built entirely to Sir Paul’s specifications, and is on display at the designers shop at Albemarle Street in Mayfair, London.

The result features 27 exterior colors plus hand-painted exterior detailing, while the interior is a mix of fabric and leather.

Smith says that his design and the final color palette were inspired by the British countryside and by the British armed forces, the Defender’s two natural habitats: “I wanted deep rich colours, but at the same time, I wanted them to work together yet be surprising.”

learn more about this vehicle here.