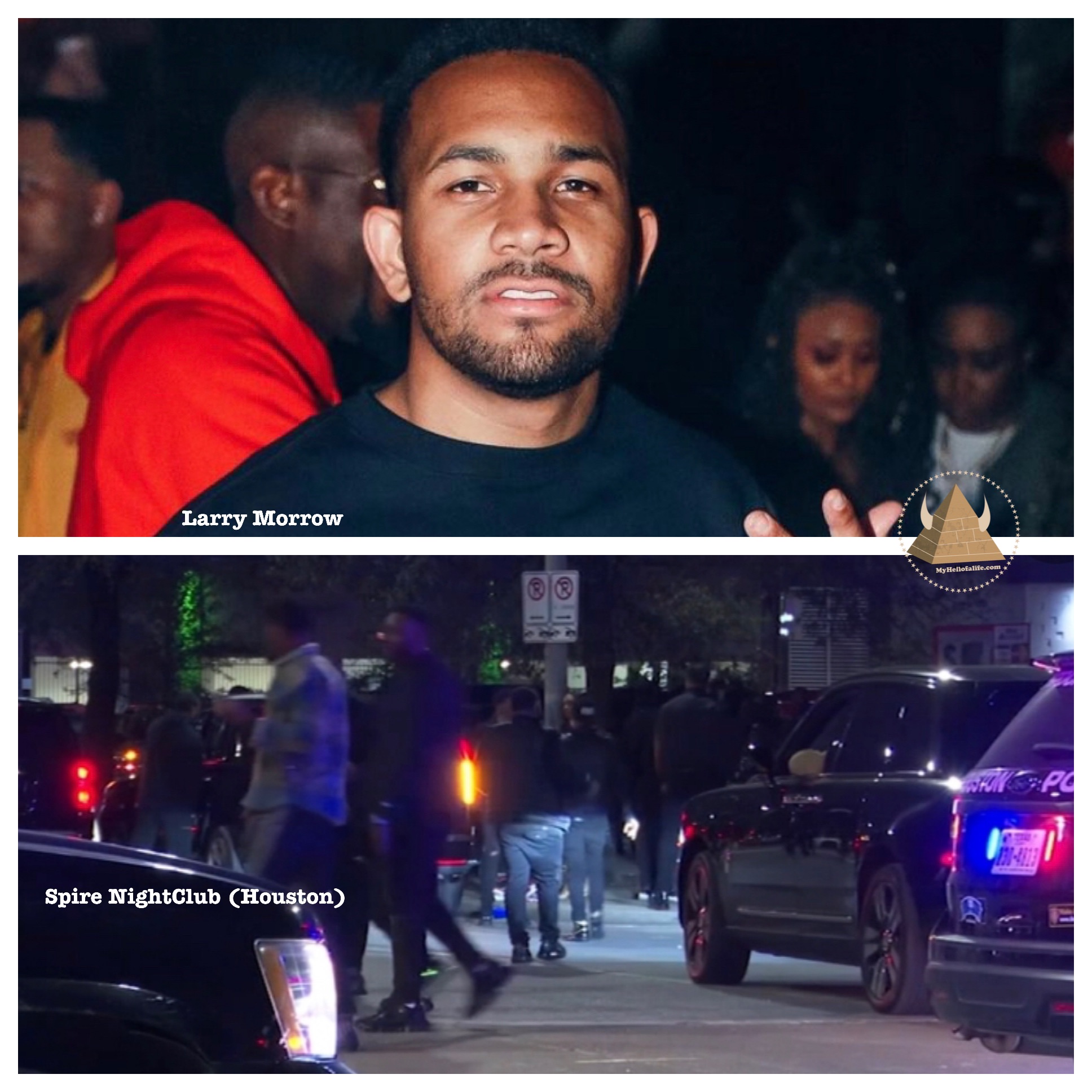 Myhellofalife Media group traveled to Houston over this past weekend and attended two events related to the New Orleans entrepreneur Larry Morrow. Saturday’s day party was a success with DJ Mannie Fresh at Chapman & Kirby restaurant and lounge however things get very controversial during the main event of the weekend, Larry’s All Black Affair, at Spire nightclub located in Downtown Houston.

Myhellofalife Media arrived to the event around 10:30pm the event was scheduled to begin at 10pm. Upon arrival there was a line stretching from the entrance of the nightclub to the corner of the Main Street. While standing in line immediately persons who worked for Spire were walking the line yelling please have tickets and ID’s ready, “there will be no tickets sold at the door”. Although there was a tweet advising there would be tickets available at the door for $100.  Then the whispers began, “ No tickets at the door.” Many people were getting out of the line and standing in middle of the street blocking traffic. There were exotic cars pulling up Ferrari’s and Rolls Royce trucks  getting valet parked. Occupants of most vehicles parking close or valeting began standing in the middle of the street.

Soon Myhellofalife Media observed a crowd of hundreds standing in middle of the street a little after 11pm. We entered the party and the bar was packed sections were starting to fill up and The DJ was playing the opening set. By 11:30pm it was basically packed in the main room where Kenny Burns and DJ Chris Major was hyping the crowd and everyone was pleased. At this time we personally at Myhellofalife Media did not know of people still being held outside and couldn’t get in. We cannot confirm, but reports on social media claim  that there were patrons who had sections who were not allowed entry.

Now while in the party as it was getting full to capacity there was a heavy police presence in the building. Not only were there a lot of police, but they seem to be very active moving around a lot to the point where I thought there were disturbances happening. But, there were no fights or incidents just a lot of cops moving throughout the night club with flash lights. At one point an announcement was made over the mic everyone put on ya mask them people (cops) in here.

Around midnight Kenny Burns the host began shouting out Trey Songs and hyping the ladies in the crowd with his music saying he was in the building. From our view the stage was so packed with people we could not identify Trey Songs on stage. After 20 minutes or so Myhellofalife Media spotted Rapper Fabolous and Mr Rugs were in attendance and arriving into their section located to the right of the stage in the main entertainment room. Also around that time several security detail individuals and various people were moving through the crowd with “DC” necklaces associated with the Dream Chasers brand connected to rapper Meek Mill.

We did not identify Meek Mill at that moment but we assumed he too was now in the building. Around 1am there was a weird vibe going throughout the crowd and we were made aware that the people outside was being told they can not enter and that capacity had been reached, cops was clearing the stage.

Myhellofalife Media was located against the wall in the main entertainment area right of the stage and behind the sections occupied by Fabolous and Meek Mill. Around 1:06am the man of the hour Larry Morrow walked pass us extremely fast headed towards the stage with a look of concern on his face, and soon after at about 1:10am the lights were cut on. Fabolous was seen with a look on confusion on his face.  We were unable see who was speaking but an announcement was made saying we thank everyone for coming but due to unforeseen circumstances the event was over!

Immediately groups of people began jumping down off couches and rushing to the exits at this time is when myhellofalife media saw Meek Mill and crew being the first to hit the exit. Many people stood in shock and some stood or walked yelling profanities loudly in disgust. Overall we were in the building two hours enjoying the evening not aware of the confusion taking place outside and online. To our knowledge, Houston clubs close at 2am so when 1am was approaching we found it odd no Meek or Fabolous had made their way towards the stage. We seen rumors online that the event was going to end at 5am but we can not at this time confirm these details.

Overall I believe Larry Morrow wanted to give a nice time and experience to everyone bc it was his name on the line and it’s his 30th birthday celebration. However we feel things could have been better planned during a pandemic. Ticket sales should have been limited to maybe 100 people less than what was considered the limit to assure that the venue was not a hazard to the point that the Fire Marshall could pull the plug on the event. We do not fault Larry Morrow but we  believe that the experience this year was unsuccessful but hey the pandemic has been an issue for everyone and all promoters and entertainment industry people. We hope the word is kept that everyone who paid for expensive sections will be fully refunded and Larry’s reputation does not take a huge hit. We believe Larry’s brand is important to the city of New Orleans and wish him well in the future.